The Saker falcon is a large powerful falcon, slightly bigger in size in comparison with the Peregrine falcon. The body length is between 47-55 cm, the wingspan is 105-129 cm; the tail length is 16-26 cm; weight 730-1150g. Sexes have similar plumage but females are ca. 15% larger and 40% heavier than males.
The plumage is brown above and streaked below with a paler head and whitish supercilia (eyebrow). It has a relatively small head on broad-chested, though long and otherwise slender body with long wings and long tail. In flight the silhouette is similar to the Peregrine but is with rather broad wings with blunt tips.
View more

The conservation of the Saker Falcon will rely on multi-sided holistic approach in which breeding and reintroducing small mammals, such as the European Souslik and Romanian Hamster which are key prey species for the falcon, has an important part.
View more 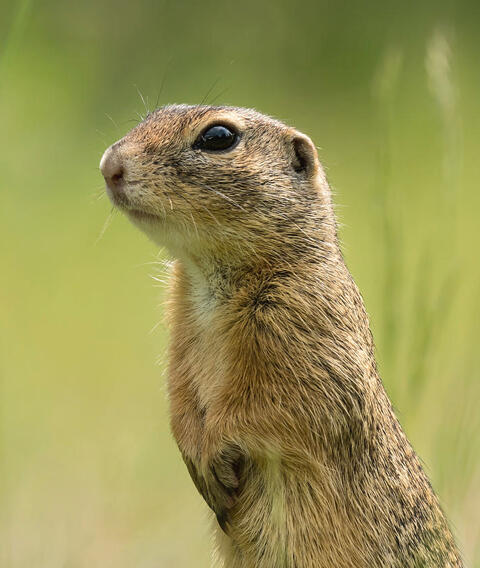 The LIFE for Falcons project operates in 23 Natura 2000 protected sites in Bulgaria and 5 sites in Southeastern Romania.