Seven organizations from Bulgaria, Romania, Holland and Germany join their forces for the conservation and restoration of the rarest and biggest falcon species in Bulgaria – the Saker Falcon.

Life for Falcons project is part of the long lasting conservation efforts of the BSPB, Green Balkans and Romanian Ornithological Society in Bulgaria and Southern Romania. Now experts from the Institute of Biodiversity and Ecosystem Research at the Bulgarian Academy of Sciences, experts and scientists from Holland and Germany, and hunting experts from the Union of hunters and anglers in Bulgaria.

In Bulgaria, the Saker falcon was widespread during the 20th century, but a considerable decline was recorded in the 1950s. Since 2010 only a few occupied territories have been reported and only one nesting pair found (representing a 90% decline over the last 40 years). The birds of the pair were released in the nature within the program for the restoration of the species by the Wildlife Rescue Breeding Centre. In Romania, the species has also declined significantly during the 20th century. Following the implementation of different conservational activities, the population start slowly restoring. In Romania today a minimum of 25 breeding pairs were located, but in the border regions with Bulgaria the status of the species is very adverse and only 5 nests have been located so far. 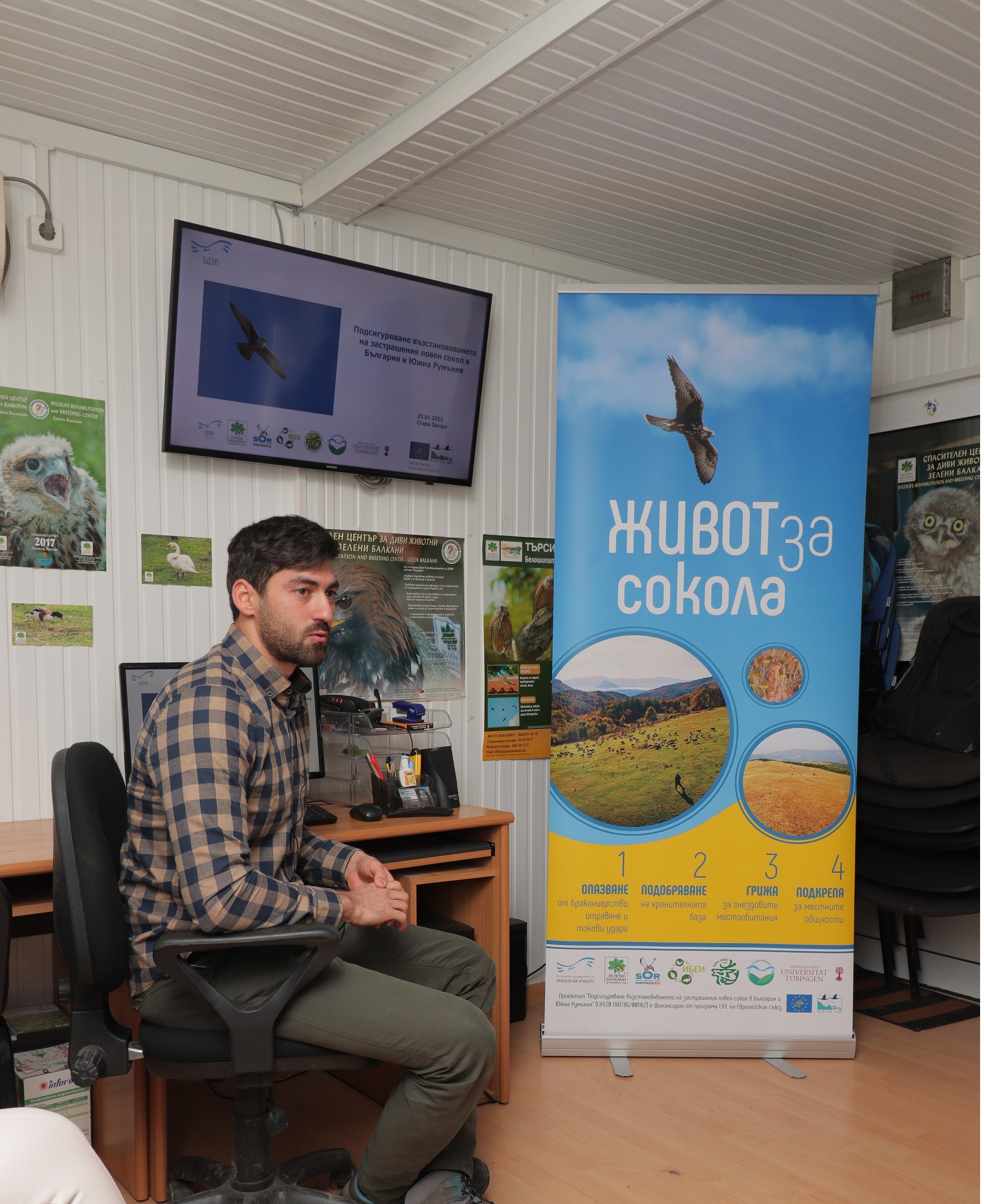 “The reasons for the drastic decline of the Sacer Falcon in Bulgaria are mainly anthropogenic and are directly related to the conflict between the human activities and the way of life of the falcon”, says dr. Volen Arkumarev, manager of the project in BSPB. “Amongst the main threats for the species is poaching, poisoning, electrocution, nest robbing, insufficient food and safe nesting grounds. The overarching goal of the project is to secure the recovery of the population of this threatened species in Bulgaria and Southern Romania with securing safe areas for nesting, rest and wintering and with increasing the survival rate of the falcons.”

Amongst some of the activities are measures to increase the population of the rare Romanian hamster and its displacement in new areas; the conservation of the suslik colonies, threatened with destruction, and purchasing lands and their maintenance in good conditions for the biodiversity.

Building a wide public support and increasing of the understanding of the benefits and needs of the conservation of the vultures will be an accent in every partner’s activity. Engaging and raising of the education levels of hunters, falconers, farmers and other stakeholders is of a key importance for minimizing the conflicts and implementing the best practices for the successful mutual existence of people and nature. 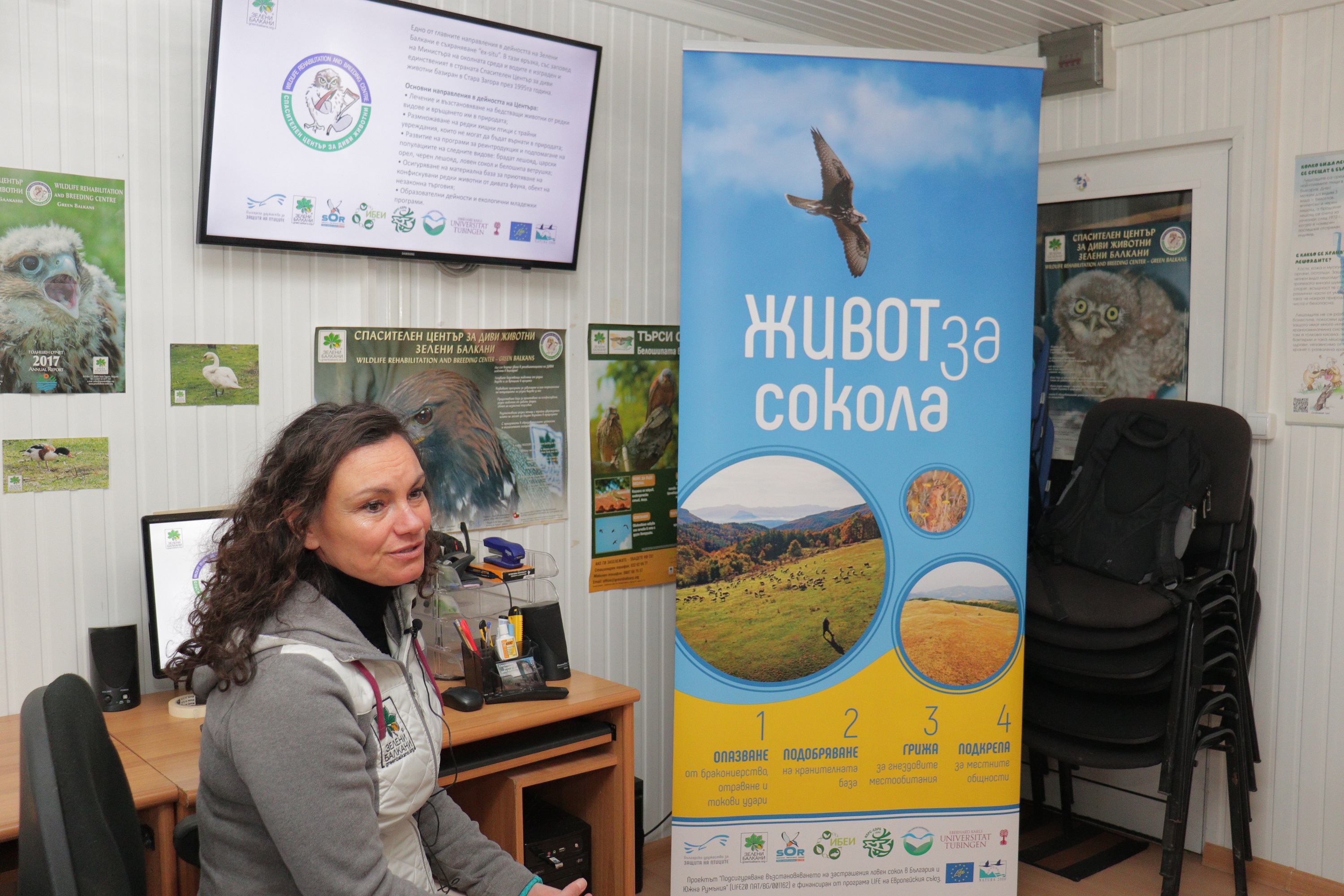 “Green Balkans has worked in years for the restoration of the Saker Falcon in Bulgaria. We already know that the method of releasing in the wild of the raised in the Wildlife Rescue Centre birds is successful”, says dr. Hristina Klisurova, coordinator of the project in Green Balkans. “In Bulgaria this species is on the brink of extinction, since we have solid data of only one pair in the nature. The future of the Saker Falcon is extremely uncertain and for us to be able to restore it it will be necessary to gain the understanding and engagement of the broad range of stakeholders and to set and apply measures of everyone’s best interest.” 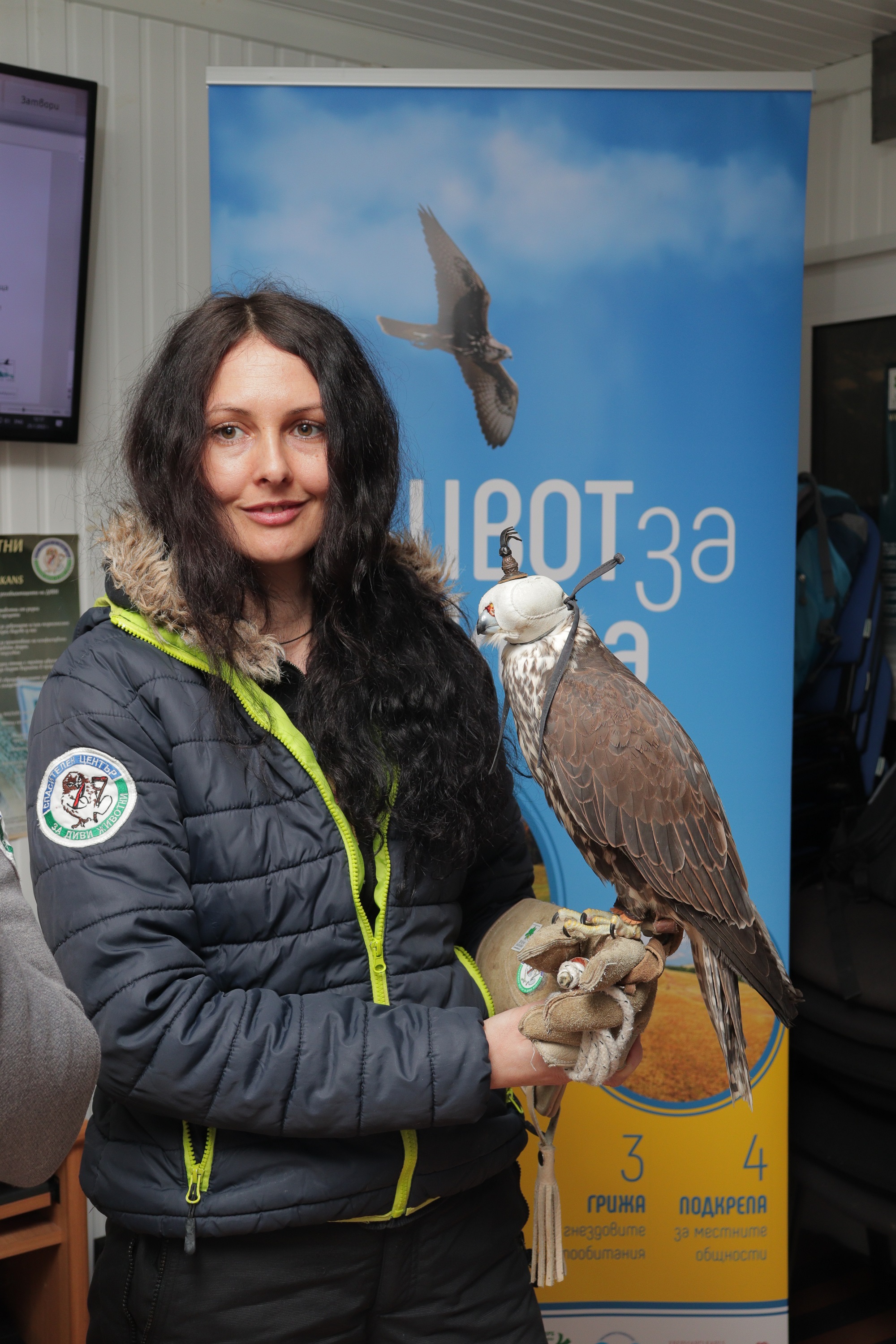 BSPB is the main beneficiary of the Life for Falcons project together with its international partners Green Balkans, Romanian Ornithological Society, Institute of Biodiversity and Ecosystem Research at the Bulgarian Academy of Sciences, Union of hunters and anglers in Bulgaria, The Habitats Foundation and The Eberhard Karl University of Tübingen.

The project Securing the recovery of the endangered Saker Falcon in Bulgaria and Southern Romania (LIFE20 NAT/BG/001162) is of 5 years duration and has received funding from the LIFE Programme of the European Union.