The fifth edition of the Saker Falcon Festival was held in 17th of September 2022 traditionally in Malko Kadievo village.

The most spectacular activity during the festival, which was part of the project Life for Falcons, financed by the EU LIFE Program there, was the release of 6 common kestrels, which were healed in the Wildlife Rescue Breeding Center of Green Balkans.

A dedicated children corner gave the opportunity for the young environmentalists from the village and the region to learn more about the Saker Falcon and the efforts of Green Balkans towards its reintroduction in the Bulgarian nature. There were special gifts for the participants in the activities.

In the foyer of the Community Center Mityo Stanev 1929 more curious of them watched the series of movies, focused on the Festival’s symbol – the Saker falcon.

All of the visitors could connect with these beautiful birds, thanks to the participation of Romeo – male Saker falcon which was a part of the breeding program of the Center. Along with him participants of the festival were the Common kestrel Vladko, the little owl Blaga and the Harris’s Hawk Hari from the Rescue center.

A concert of the orchestra of the Community Center of Malko Kadievo and their friends made the atmosphere all the more festive and kept the mood of the visitors. 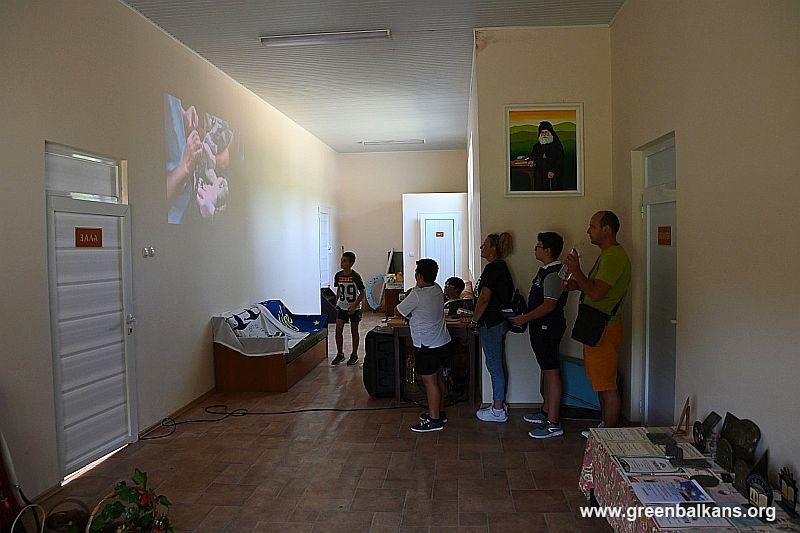 We thank our volunteers, the students of veterinary medicine in the Thracian university and to our colleagues from the Green Balkans project Natura 2000 – new horizons as well as our hosts from Malko Kadievo to their help in organizing and holding of the festival.