Green Balkans took part in the annual festival Uzana Poliana Fest – green ideas in action. The geographic center of Bulgaria was again in the middle of the ecological ideas and environmental causes.

The guests of the festival were impressed to learn about the activities of the Green Balkans and other environmental organizations. They had the opportunity to look closely at the wild birds from the Wildlife Rescue Center – the Owl Blaga, Common kestrel Vladko, Tawny owl Chara, Haris’s hawk Haris and the Saker falcon Romeo.

Zeleni Balkani team along with the volunteers in the Life for Falcons project described to the visitors interesting facts about the different activities, the biology of the different birds and how people could support the organization. The most active and attractive volunteers were Simeon Petrov – 12 years old, Boris Getsov – 7,5 years old, and Todor Ivanov – 11 years old, who gave lecturers at the fest.

Another interesting thing at the fest were the life-size models of vultures – Griffon and Cinereous vulture, Lesser kestrel, Red-breasted goose, and white stork with a nest. The last one was made withing the project For a cleaner nature – today, tomorrow and forever, financed by Lidl Bulgaria and demonstrating the consequences of the nature pollution and the problems of the storks in the country. The nest is made not only from branches and sticks, but also with trach, plastic bags, packages, etc. The adult bird with a fledgling whose leg is tangled with sisal inside it sparked so strong interest that we had to give a lecture in front of the fest main scene, which gathered many of the guests.

A nice visit paid us the Minister of the Environment and Waters, Borislav Sandov, along with his wife, who dare to held the Haris’s hawk and the tawny owl. The mayor of Gabrovo, Tanya Hristova and the former minister of the agriculture Desislava Taneva also visited the fest.

So many people, mostly children, took part in the birds releasing – 4 Common kestrels, who flew freely in Uzana sky. 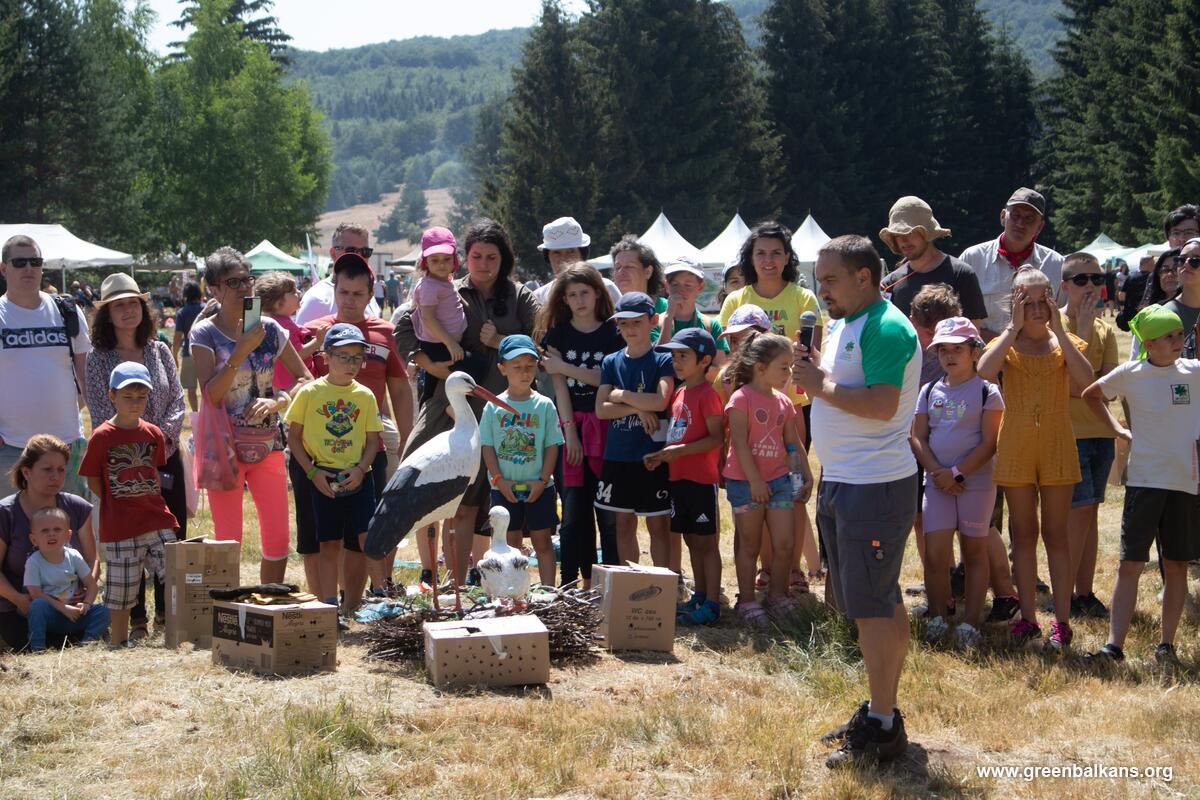 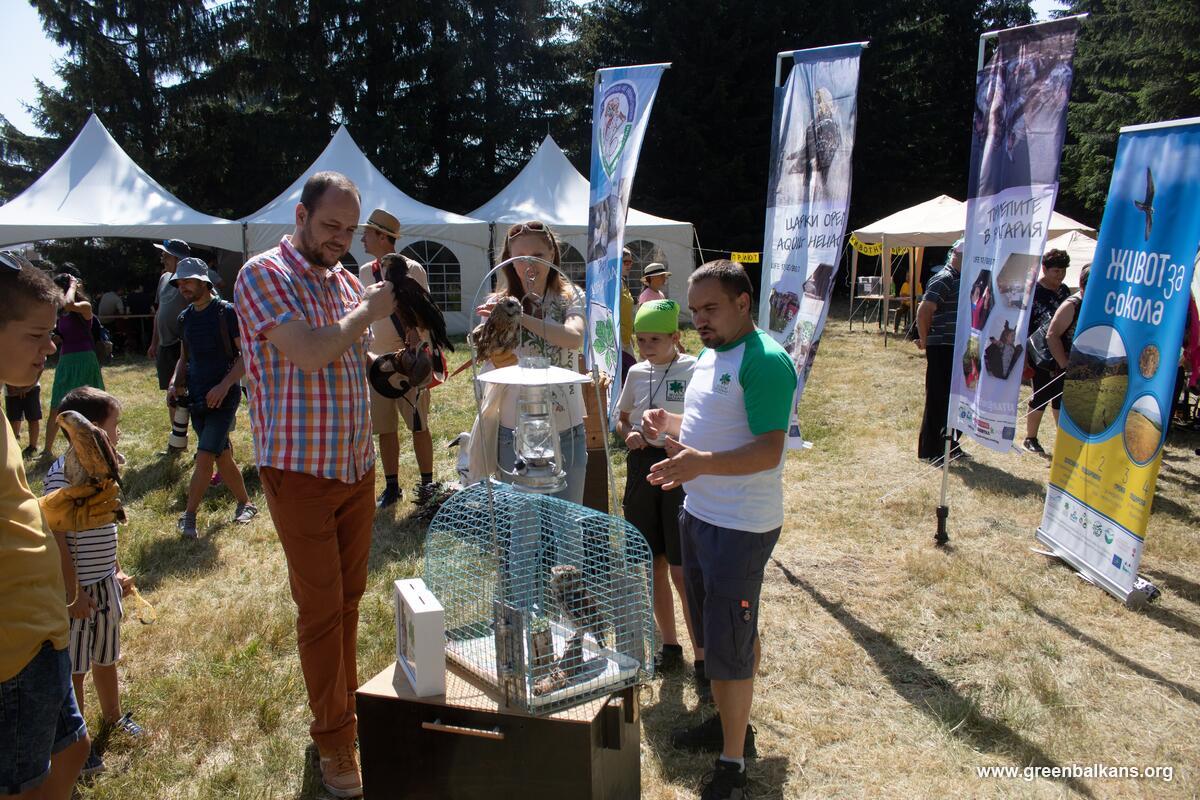 Thank you, Uzana Poliana Fest for the perfect organization and the invitation!